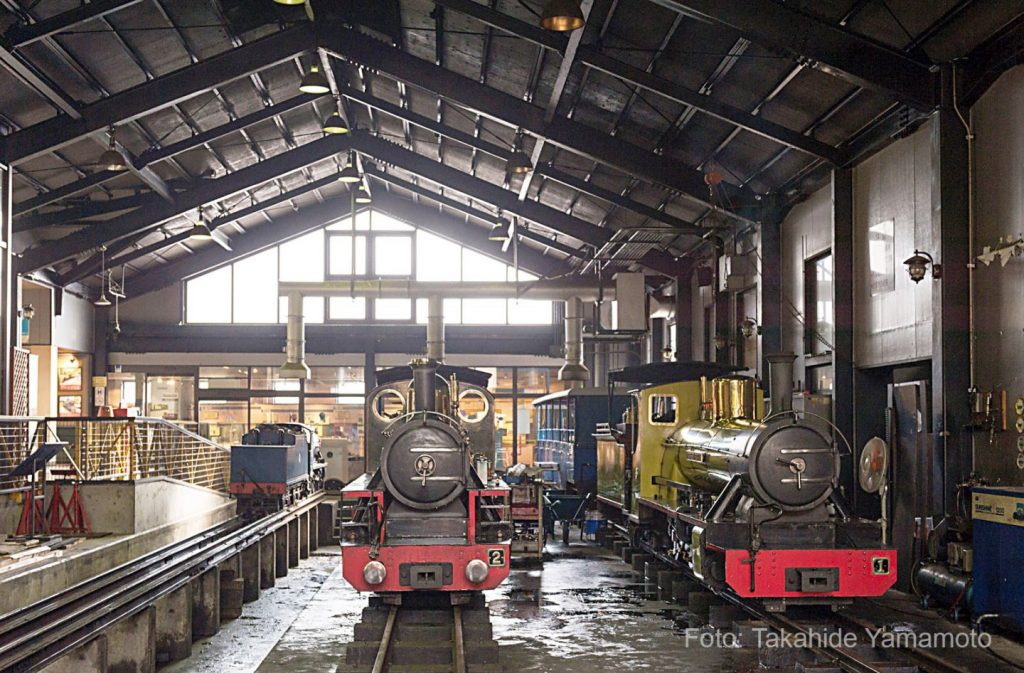 I visited “Niji-no-Sato” which is in Izu Peninsula of Shizuoka Prefecture last Saturday.

Word to word translation is Village(s) (or Town(s)) of Rainbow, though I found some brochures in English say Park of Rainbow, which describe the reality..

This contains a photo of the steam locomotives in the shed and a shot from the lineside though with no train against the background of Mt.Fuji. These spots are not open to public and a friend of mine ran a photo tour including these spots. There were of course no run-bys.

The tour leader selected a day in January, because the weather on the Pacific Coast in winter is almost always fine with clear sky. However it was heavily overcast unfortunately and Mt. Fuji was not seen.

The steam locomotives are as follows,

The loco on duty was Northern Rock II.